Atlanta is a world-class city with a rich and passionate history. Spring comes early to Atlanta; March is likely to be sunny, crisp, and pleasant. The conference venue is the Georgia Tech Hotel and Conference Center. Georgia Tech is one of the top research universities in the United States, distinguished by its commitment to improving the human condition through advanced science and technology.

Located in Technology Square and Midtown Atlanta’s exciting retail and business neighborhood, the conference hotel is on the Georgia Tech campus and minutes from a multitude of restaurants, shops, and attractions.

The Georgia Institute of Technology is one of the USA’s top research universities, distinguished by its commitment to improving the human condition through advanced science and technology. Georgia Tech’s campus occupies 400 acres in the heart of the city of Atlanta, where 20,000 undergraduate and graduate students receive a focused, technologically based education. The university is a national and international leader in scientific and technological research and education. For instance, this year the College of Engineering ranked No.4 for the seventh consecutive year in U.S. News & World Report’s annual list of the best American graduate school programs. In terms of diversity, Georgia Tech is the number one producer of African American, Hispanic and women engineers in the USA. Over the past decade, overall research expenditures have doubled to $700 million annually. Georgia Tech now ranks among the top 10 in research expenditures among US universities without a medical school.

The global economy is making national and other types of boundaries less relevant every day. Georgia Tech has taken full advantage of this trend by extending its “campus” far beyond the borders of the main Atlanta location to encompass learning and research platforms as close as southeast Georgia and as far as Europe and Asia. In Africa, Georgia Tech has more than 40 on-going faculty projects across the continent spanning broad areas of our research and education mission. 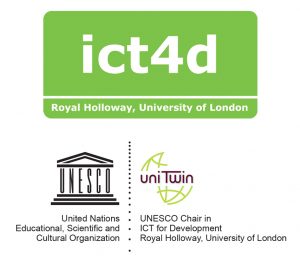